The beginning of spray booth technology 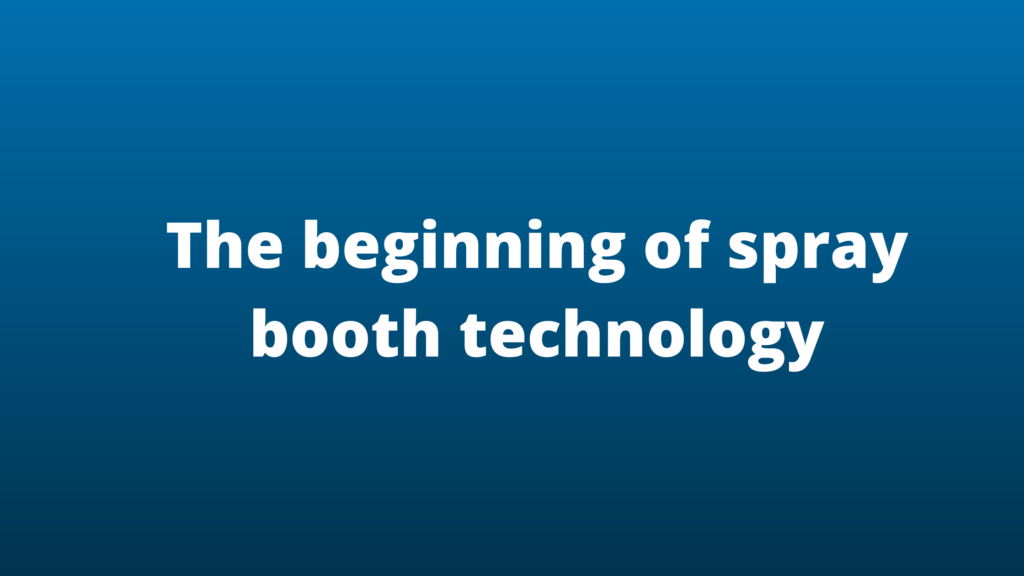 The spray booths you see today are using the industry’s latest developments and innovations. The processes that made them have progressed over the years, and the ways in which they help businesses have progressed too.

It begs the question: where did it all start? Our industry works with increasingly sophisticated machinery, but it wasn’t always the case. Our now impressive technology was once basic and elementary, as were the processes surrounding general spray booth maintenance.

Here’s a full history of spray booth technology. Where it came from, and the people responsible for where it is today.

Yep, it really does go back that far! For spray guns, anyway. In 1887, a Marshall Fields maintenance supervisor by the name of Joseph Binks invented a cold-water paint spraying device which allowed the company to whitewash walls. Humble beginnings, but the beginnings of something big nonetheless.

1888 came along, and so did Dr Allen DeVilbiss with his medical atomiser invention. The civil war veteran was looking for a better way of treating throat infections but created the prototype for what would become the air paint spray gun.

1905 would be an important year for the technology used today. In 1905, Dr Allen DeVilbiss’ son Tom joined the family company and started looking for new ways to use the atomiser. After some experimentation with perfume applications (which DeVilbiss Snr. deemed frivolous), Tom invents the first-ever compressed air paint gun which becomes popular within an industrial marketplace enjoying a ‘boom’ period of growth and young businesses. Automobiles, furniture, and appliances are common subjects that are sprayed.

Fast forward to 1924, the year that the Oakland automobile is announced as the first car to be applied with DuPont’s Duco paint using the DeVilbiss spray guns. This marks a momentous occasion for the industry, as all cars previously had been painted by hand with various shellacs. Because of this innovation, the process times quickened and cycle times improved.

What about spray booths?

Spray booths around this time, although they had come on in terms of technology, were still quite rudimentary. Using an updraught ventilation system that worked in a similar way to an exhaust hood removing steam from a cooking space: the equipment was placed over the vehicle being sprayed and would remove any fumes from the immediate environment. Rudimentary, but it worked.

Not for long, though. This updraught ventilation system was coupled with a fan pointing out of an open window (this would extract the particulate from the workspace into the air outside). Again, this worked for a while but wasn’t really a long-term solution. The problem with this was that the fan blades would collect paint and put undue strain on the equipment.

In the early 1930s, prefabricated paint booths came onto the scene and changed everything all over again. These booths had three walls and a large fan usually placed on the back wall. Unlike our new and exciting filters, in the 1930s they used any kind of material available (usually burlap or cotton wool). As you may expect, these materials were not fire retardant, leading to more than a few fires and explosions.

This made the industry look to building spray booths out of cement or metal blocks, and the 1940s saw the introduction of safety doors placed in front of whatever was being sprayed (these were doors the like of which you see today).

As the 1940s rolled on into the 1950s, health and safety became a much higher priority. Downdraught technology is introduced as a way to offset harmful chemicals and our exposure to them. Companies started using fibreglass in their extract filters as a fire precaution (paint particles are captured this way). Overspray is reduced dramatically.

The 1960s saw modest innovations, mostly with regard to regulations. Stricter requirements were made of all spray booth products – they had to be fire retardant, first and foremost. The research that was carried out in this decade went a long way in creating the industry that we know so well today.

In the 1970s and 1980s, more of a focus was placed on keeping booths clean as opposed to simply polishing them after each job (this kind of innovative thinking would be a huge contribution to the processes we take for granted today!). The industry’s new aim was to clear as much debris as possible before a job, during a job, and in preparation for the next job.

There was also research into automation. Though it was elementary, it was clear the direction in which the industry (and the world over) were going. Automation and robotics would completely revolutionise the industrial workspace, ensuring that the maintenance of spray booth equipment was as precise and efficient as possible.

To learn about the spray booth innovations of today, all you need to do is visit our blog. It has everything you need to know about spray booth maintenance. Furthermore, if you would like to speak to a member of our team then you can do so here. You can also email us on sales@agm-services.co.uk. 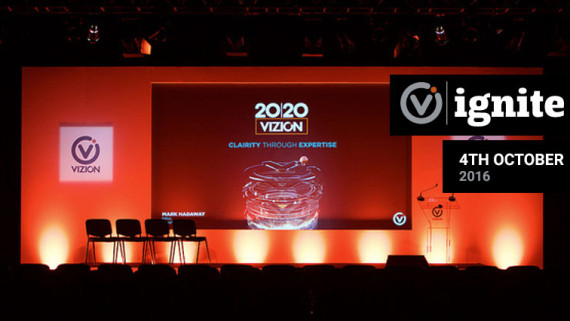 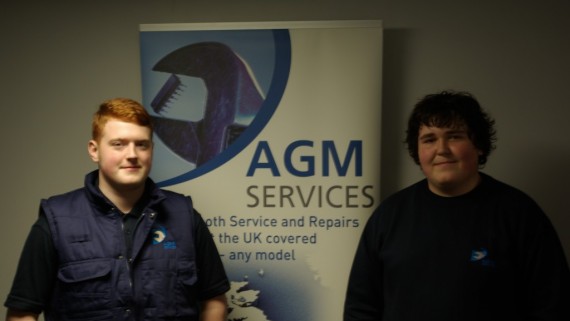 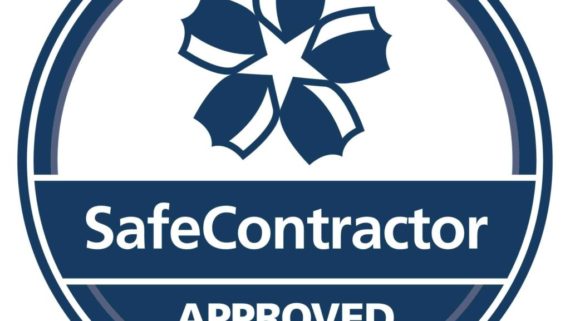 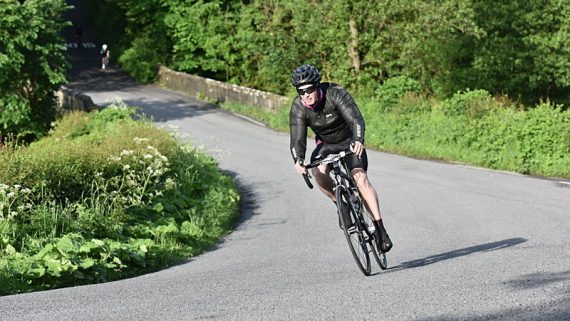 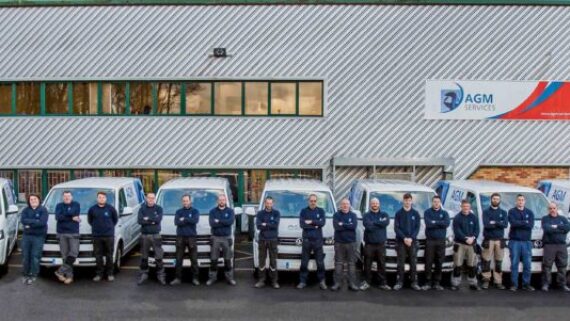 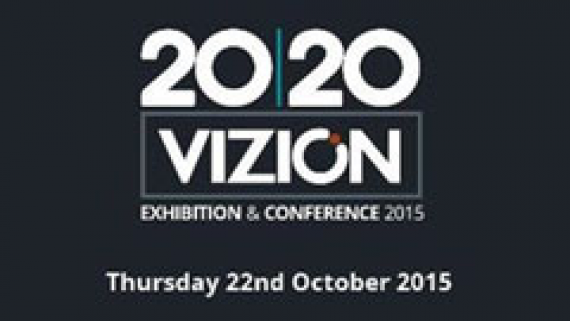 Visit Us at Ford Impact 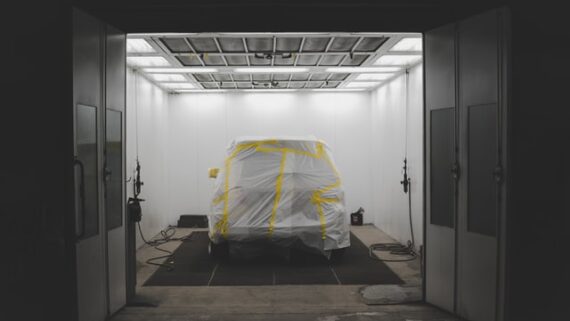 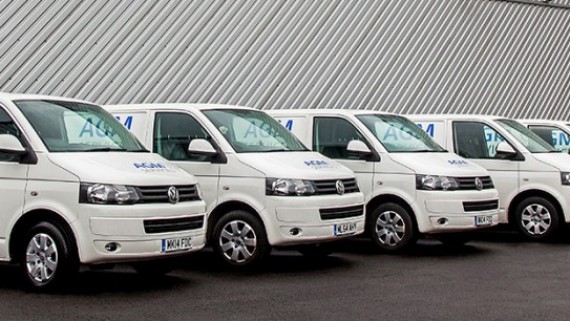